Yesterday, I was at the Portsmouth Mystery Fest. It was a very enjoyable day with a wonderful varied programme. It began with a panel of authors discussing contemporary crime and continued with a variety talks ranging from forensic investigation, Agatha Christie, writing crime in authentic Oxford, memories of policing in the 1960s for women officers, to the challenges of writing a series. It ended with another author panel discussing writing historical crime.

Book festivals are great places to be able to listen to favourite authors and find potential new ones talking about their books or aspects of their work. One of the great things for me about any major writing event is the opportunity to meet in person writers I have known for years as Facebook friends. One such, was the organiser of this event, the lovely Carol Westron. [Carol is the author of The Terminal Velocity of Cats, Karma and the Singing Frogs plus several more.]

When Carol first invited me to join the Contemporary Crime Panel, I agreed straight away, and it was not until later that I began wondering what I’d let myself in for. An old hand at giving talks and presentations, this would be my first panel experience and I wasn’t sure how I felt about not being in control. Not that I needed to worry. Jeff Dawson [Producer, director, screenwriter and author of One Fight at a Time, Cloning the Hate amongst others] did an excellent job though he did seem somewhat obsessed by the number of holidays I take!

With all my novels set in foreign parts, it might seem that I spend half my life away, but it simply that I’ve been writing for a long time now. I’ll admit we are lucky enough to have a couple of holidays abroad most years, but that seems to be pretty average for retired people.

Our choice of holiday is never dictated by my need to research a specific area. Our interests are ancient history and cultures and wildlife, so these are the things that influence our choice of where to go. The possibility of setting a book there comes later with the exception of our river cruise down the Rhone last year. I did know it would make an ideal setting for a Fiona mystery.

We are just back from a wonderful trip to Russia – from St Petersburg to Moscow on another river cruise. This trip has been on our wish list for a long time. Here are the pictures of just a few of the highlights.

Day one, we set out to the Hermitage, but we were somewhat delayed. The town was having a practice for Victory Day and it was impossible to cross the road to the Hermitage because of the long lines of marching troops, followed by the procession of tanks, guns and rocket launchers. On May 9th, Victory Day is commemorated in every village, town and city throughout Russia. Over 25 million Russians died between 1941 and 1945, just under 14% of the total population. Every family lost someone. The Siege of Leningrad lasted for 872 days with a death toll of 632,000, so its hardly surprising that St Petersburg, as the city was renamed in 1991, marks the day with a lengthy parade.

The parade ended with a fly past of Soviet WWII aircraft – It was a privilege to see it all, and  despite the lengthy delay or visit to the spectacular Hermitage was not cut short.

In the evening we went to the ballet to a breath-taking performance of Swan Lake. The Russians seem to have invented a new ending where Odette comes back to life! The theatre itself was worth a good few photos.

Another memorable trip was to Catherine Palace with its magnificent baroque architecture.

We out again in the evening for Cossack concert of folk songs and dances.

Our journey towards Moscow took on through a series of lakes joined by locks and canals.

Our first stop was in Mandrogy. This small village was destroyed in WWII but has been reconstructed as an open air museum.

One of my favourite places was Yaroslavl on the Volga River, one of Russia’s oldest provincal cities. Russia knows how to build spectacular churches and the Church of St. Elijah the Prophet is no exception.

I was overawed by Segiev Posad. Founded in the 14th century, this large monestry once home to 300 monks, was the spiritual centre of Russian Orthodoxy. It was not only the magnificent exteriors of the many buildings, but the fabulous frescos inside that take your breath away.

And so to Moscow! We travelled from the boat into the city by Metro – an experience in itself, getting out at various stations to see the wonderful art work. One of our first stops was Red Square. No prizes for spotting St Basil’s Cathedral!

Gum was a surprise. I hadn’t expected quite such an elaborate building.

It was particularly impressive at night when we went back on a later visit. 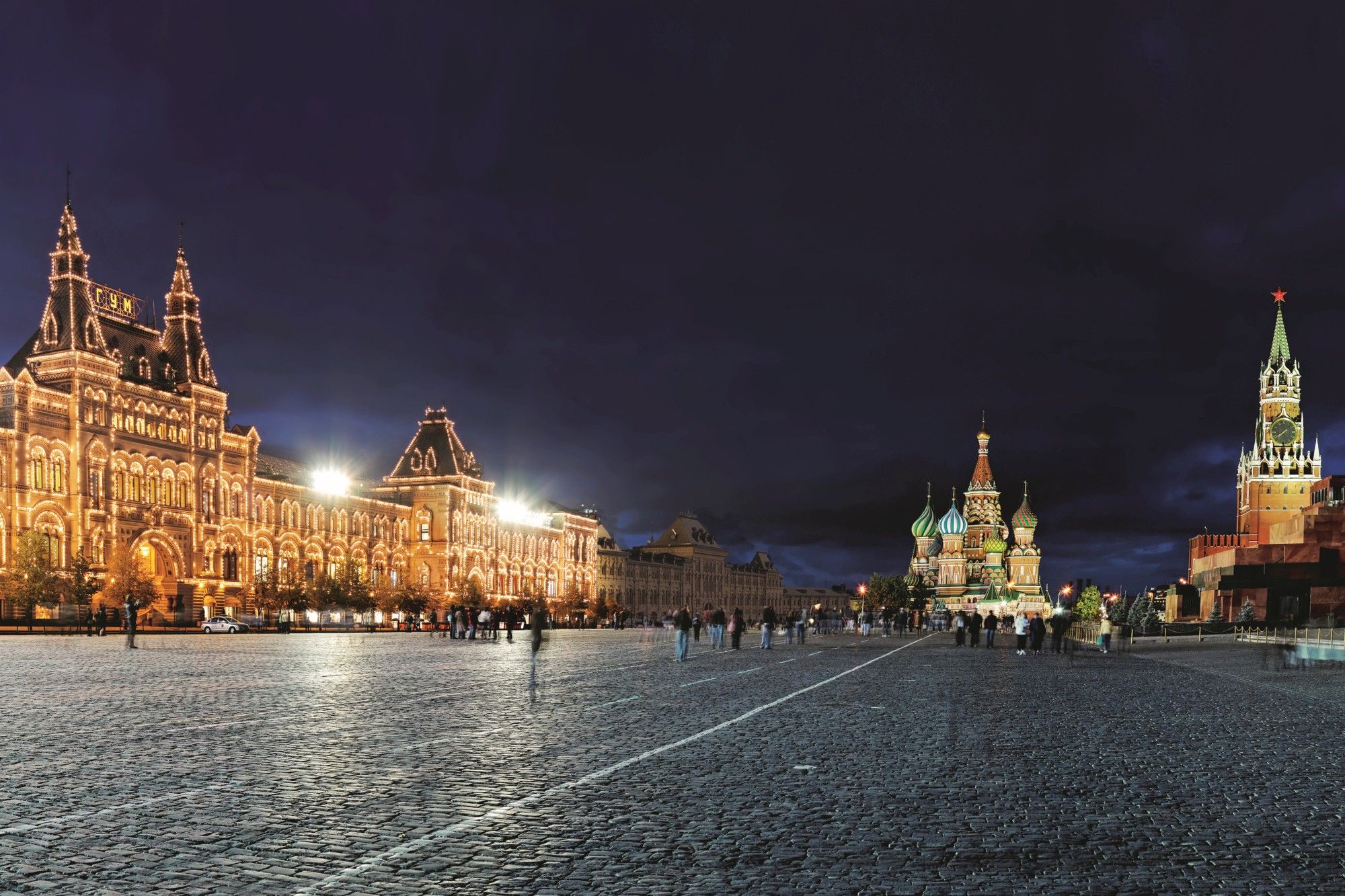 Our visit to the Kremlin continued on to the Armory – not just a collection of cannons but a real treasure house including the crown jewels. I was particularly taken with all the costumes. The dresses of the Empresses Catherine and Elizabeth were impressive to say the least. Sadly, we were not allowed to take photos.

No visit to Moscow would be complete without a trip to the Bolshoi. The performance that evening was Les Sylphides.

A truly memorable holiday. Will it become the setting for one of my novels? Quite possibly – if time allows. Whether it will be for a Fiona tour or one for Aunt Jessica remains to be seen.